Three days ago, my 23 month(!) contract with Netflix ended. I now have some time on my hands.

Most of what's on my informal schedule falls into the category of: doing the shit I have neglected for nearly 2 years.

By far, however, the most involved task is to

The machines on which these tapes can be played were new in the mid 90s, so even the machines to play back these tapes are old and precious - and increasingly scarce and expensive.

I have been on a mission to acquire the proper reel-to-reel machines with which I can play and transfer the tapes. 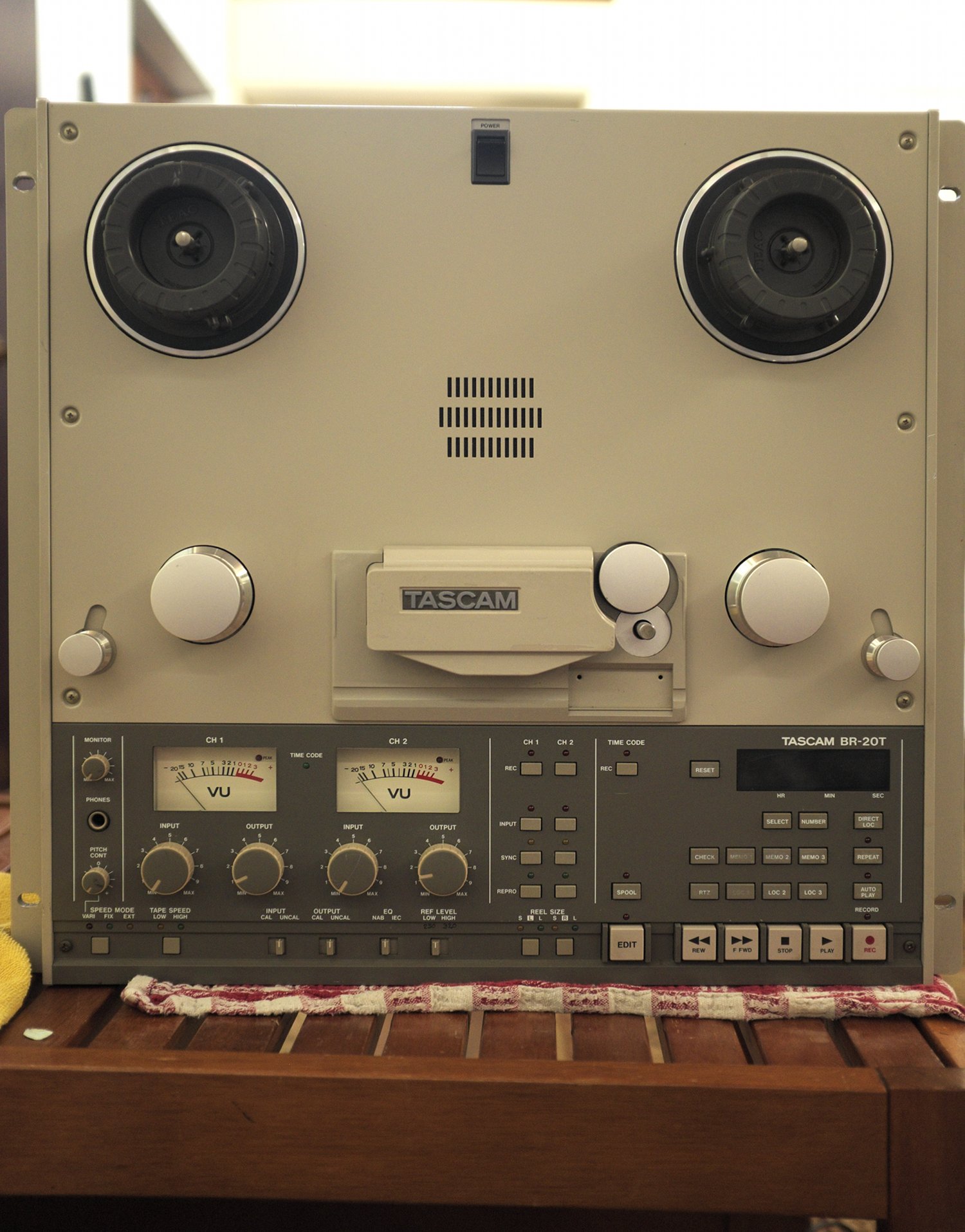 One such machine I was able to source locally.

Also needed: a high-quality analog-to-digital converter. One that can do multiple channels (8) at a time.

My first (expensive) A/D unit proved to be defective, and so I am currently awaiting its replacement. In the meantime I am preparing the tapes for playback.

One cannot simply take a tape out of its box and slap it on the machine. Oh, no. You see, back in the 70's Ampex produced a popular tape formulation called the "Ampex 456 Grandmaster", which had a back-coating to provide smoother playback and to help prevent "print-through" My father ended up using quite a bit of this Ampex tape.

Unfortunately, about 15 years after its introduction, it was noticed that the Ampex 456, when played, would "shed" and clog up tape machines. The back coating absorbed humidity, became "sticky", and would gunk up tape transports and cause playback to foul.

Some smart people, however, realized that if you "baked" these tapes at about 130 degrees for about 6 hours... that would be sufficient to drive out the humidity so that the tapes could be played safely. This "fixed" state has a short lifespan, though, so you need to bake a tape, and then digitize it soon after. I try to extend this safe state by placing my baked tapes into large ziplock bags.

This long-winded explanation gets to what my days have become:

Each tape takes approximately 30 minutes to shuttle back and forth. Each broken splice takes about 3 minutes to repair. Figure an hour total per tape. I've got 150 of these to get through.

Oh yeah, and you have to continously clean the tape machine, because old dust and magnetic material and mold collects on the lifters. So, have isopropyl alcohol and lots of wooden-handled Q-tips on supply.

I am 3 days into preparing tapes for transfer.

Once the replacement A/D converter arrives, I can actually begin playing the now-restored tapes into the computer.